You might know Chicago as a city with a high crime rate because of some violent crime news that keeps going around the internet. However, there’s no dearth of the safest neighborhoods in Chicago if you know where to look.

The Windy City is one of the most populous cities in America, with over 2.7 million residents living within its city limits. With such a large number, it can be hard to find peace and quiet among so many people. It’s not easy being surrounded by millions of people who are all trying to get somewhere at once! Moreover, this city has many neighborhoods, some of which are more dangerous than others.

But fear not! We have compiled a list of some of the safest neighborhoods in Chicago for you to consider when moving there or even just visiting.

Here are the safest neighborhoods in the city of Chicago. Check them out! 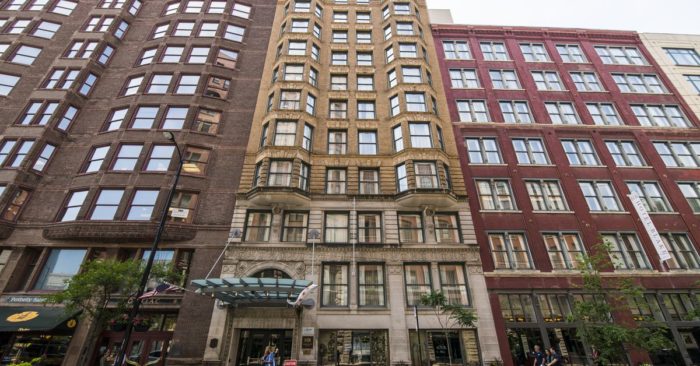 The Publishing and Printing center of 1880s, Printers Row, is still among the safest neighborhoods in Chicago. Sitting in the south of the Loop, this area constitutes the basic as well as the luxury amenities.

It is conveniently within walking distance of several restaurants, grocery stores, and shopping centers. Another major attraction is the quick access to the major expressways, buses, and trains. Printers Row can be your top choice to live in Chicago, with below-the-national-average violent crime rates. If you still ask is printers row Chicago safe, let us remind you that it ranks at the first position in this list. The best thing about Printers row is that there is almost zero property crime, no violent crime and also no motor vehicle theft ever recorded.

Crime Rate: Below the national average.

Population: Printer’s row has a population of around 20,060.

The Loop (Safest neighborhood in Chicago) 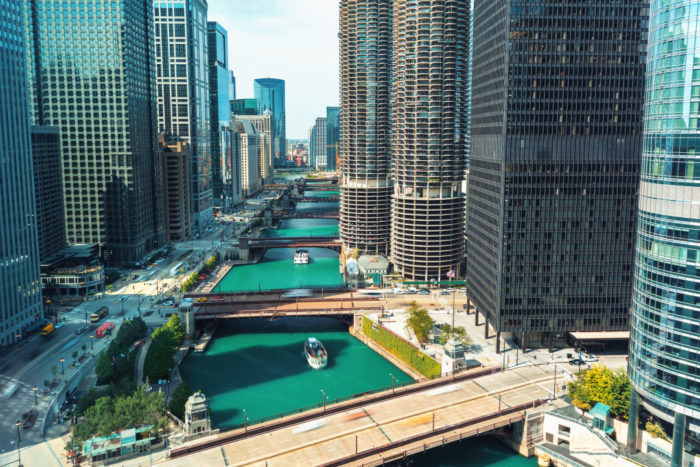 Forming the heart of the city, The Loop is among the safest places in Chicago. It features high-rise offices and top universities. Moreover, you get to walk to your office every day if you are working in the downtown area.

The living expenses in this neighborhood are a little high compared to some other areas. But at the same time, the median household income that you can get is also high. Moreover, the property crime rates here are zero, making it a safe haven for people to live. You can enjoy a comfortable life at The Loop, and the nightlife of downtown Chicago is something you will definitely enjoy.

Crime Rate: Below the national average. 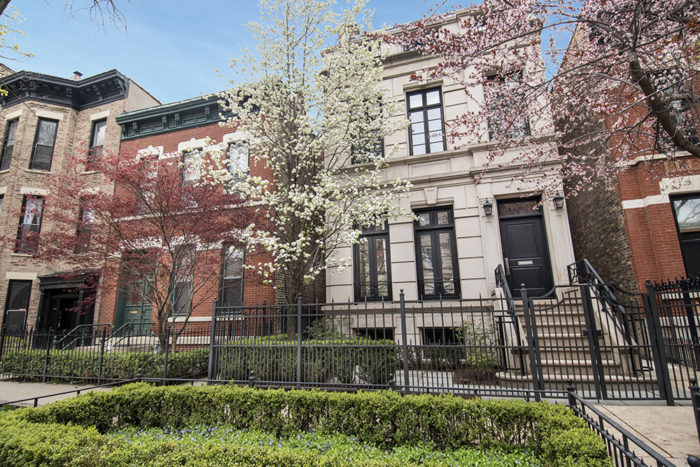 Covering around 1200 acres, Lincoln Park is among the largest and safest neighborhoods in Chicago. Also, since it features the Lincoln Park Zoo, the Chicago History Museum (museum campus), the Lincoln Park Conservatory, beaches, theaters, and recreational places, Lincoln Park has something for everyone. The surrounding streets are abuzz with activity, and a lot of young families live in this area.

With the crime rate below the national average, Lincoln Park is one of the most friendly neighborhoods for a reason. Lincoln Park also has some of the most famous coffee shops and bars. Night views in this part of the town are something to enjoy. 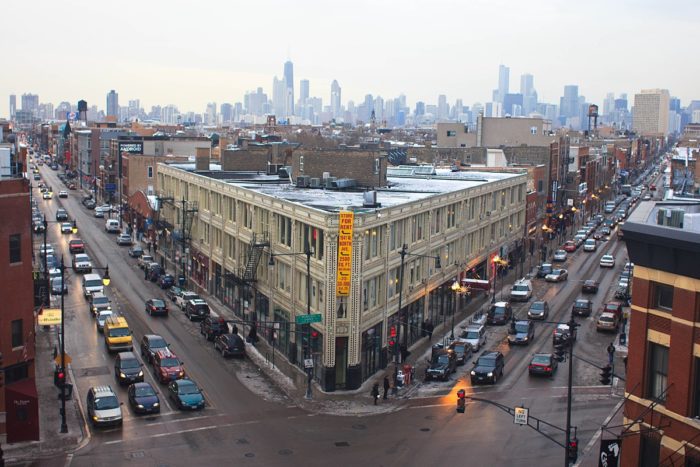 Situated close to downtown, Lake View serves singles and families alike with great amenities. Conveniently sitting near Lincoln Park, it has quick access to almost everything one can ask for. A place with vibrant nightlife and great opportunities, Lake View can be the ideal place for your bachelor’s life in Chicago.

Crime Rate: This area has one of the lowest crime rates in Chicago. 40% lower than the average. 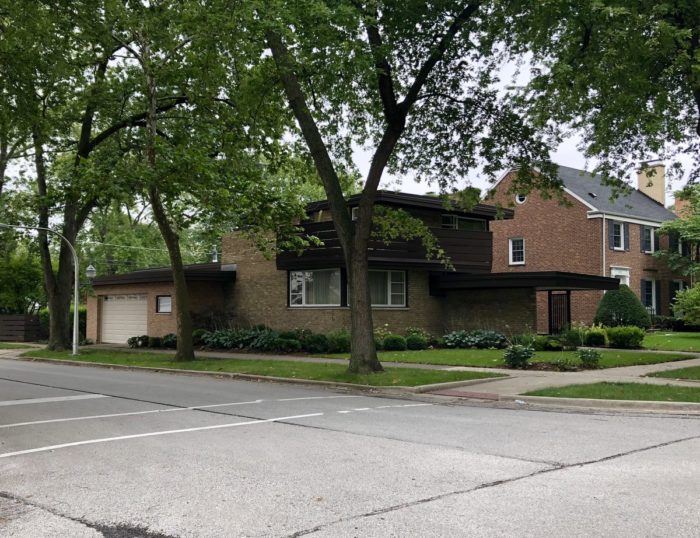 The crime rate, which is 77% lower than the Chicago average, is enough to tell you that Edison Park is among the safest neighborhoods in Chicago. The area has a very warm and welcoming community and just the right vibe. If you are longing for a nice suburban feel, it would be the perfect place for you – quite similar to printers row. 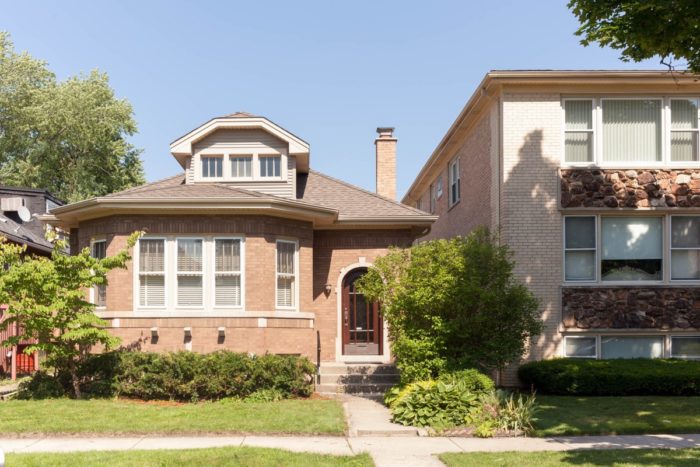 Situated in the far north, Rogers Park is another fun area and one of the safest neighborhoods in Chicago. Rogers Park has registered a significant decrease in the number of crimes, and now the safety concerns are much less than in other neighborhoods of Chicago. Rent prices are also affordable, so Rogers Park will treat you well if you have a tight budget and are looking for a safe place. 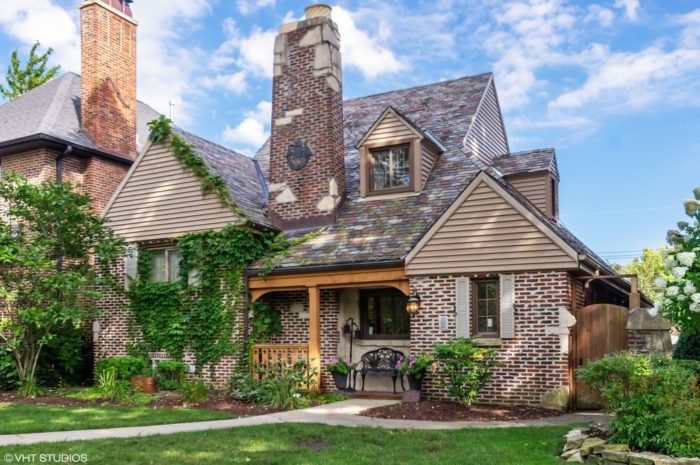 Forest Glen is one of the nicest neighborhoods in Chicago. The closely knitted community and low crime rate add to its charm. Giving you that calm and relaxed vibe, Forest Glen is among the safest places best suited for families. The area gives you more than just the suburban feel, and you have several restaurants, parks, and bike trails to have some fun. Forest Glen is not as safe as Printers row or grant park, but it surely makes a mark in the list of Chicago neighborhoods with almost no violent crime or property crime.

The population in this part of the town is 19,384 (Estimated)

Gold Coast is a very inclusive place in the north of Chicago. It mostly features upscale townhomes, but mid and high-rise apartment buildings are not a rare sight either. You can find all the basic amenities within walking distance. Formerly known as the Astor Street District, Gold Coast is a family-friendly place with some of the lowest crime rates in Chicago.

Crime Rate is this neighborhood is below the national average due to low violent crimes. Dangerous crimes like property crime and murder are almost zero. 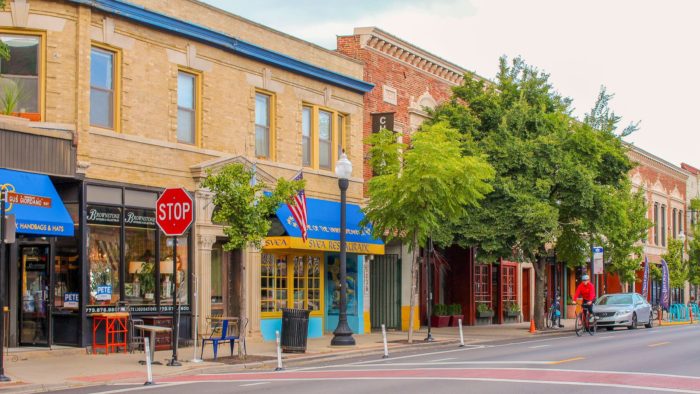 Famous for its Swedish heritage, local shopping options, and local food, the Andersonville neighborhood shares its own flavor. The crime rate, which is below the national average and the welcoming community, makes Andersonville one of the safest neighborhoods in Windy City. There’s also a lot in the history books about this locality that is worth knowing. This is a safe place, and you’ll not find any cases of violent crime, property crime or any other form of hatred.

Crime Rate: Not at all a dangerous area. The crime rate here is quite low. We can say that it is almost equal to Washington park and the grand crossing area. 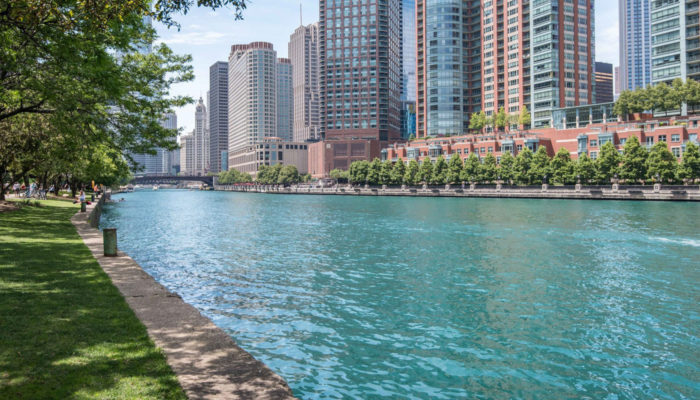 It is a unique neighborhood surrounded by water, defined by Lake Michigan and the Chicago River. It features Navy Pier, a tourist attraction, and has a crime rate below the national average. Streeterville has numerous medical and corporate opportunities. They also have an organization called the Streeterville Organization of Active Residents (SOAR) to advocate for and support the people living in Streeterville. Undoubtedly, it is a great place to live with a lot of parks nearby in the north as well as the south.

Crime Rate: Below the national average

Check out: Boat tours Chicago and know why Chicago is called the Windy City.

When selecting a new home, the safest neighborhoods in Chicago, like Edison Park, Lincoln Park, and Printers Row, should be at the top of your list. While Lake View and Rogers Park appear to be the best options for singles as they are not harsh on your budget. Some other safe neighborhood areas in Chicago include Polk street, lakefront trail, Michigan ave, congress parkway, farmers market area, Washington park neighborhood, dearborn st, Grand Crossing, north Lawndale, North Center and more.

When going about a goal or deciding something, you can either go for the best or avoid the worst to arrive at an optimum solution. In the above article, we took you through some of Chicago’s best neighborhoods. The city of Chicago also has some dangerous neighborhoods where violent crimes like theft and murder are common. But on the other hand, the best neighborhoods are Chicago’s pride.

Figure out the things and factors you are looking for in the city area where you want to live, and based on the information we provided you above, you can make a calculative decision

Do you know what are the tallest buildings in Chicago? Check this out! 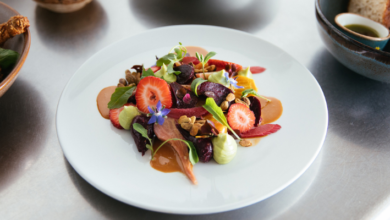 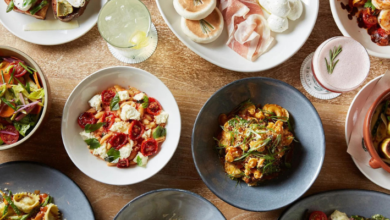 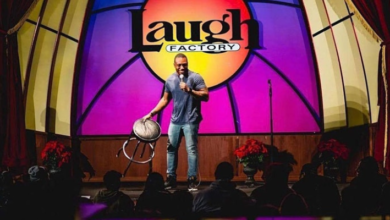 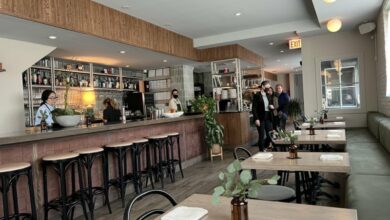