There is nothing as comforting as scenic drives near Chicago. The city has some of the best roads to drive on and enjoy nature, architecture, and picturesque beauty.  There are times when we feel the rush, wish to escape our routines and hit the road. For such times, you need a place where you can easily travel with just a few minutes drives and behold breathtaking scenery.

In this article, we have tried to list down some of the fabulous drives near Chicago that you can enjoy with your friends and family this weekend. So pack your bag, fill the gas and enjoy the scenic vistas to explore the hidden traveller in you.

Here is a list of some of the top iconic drives in your city Chicago. 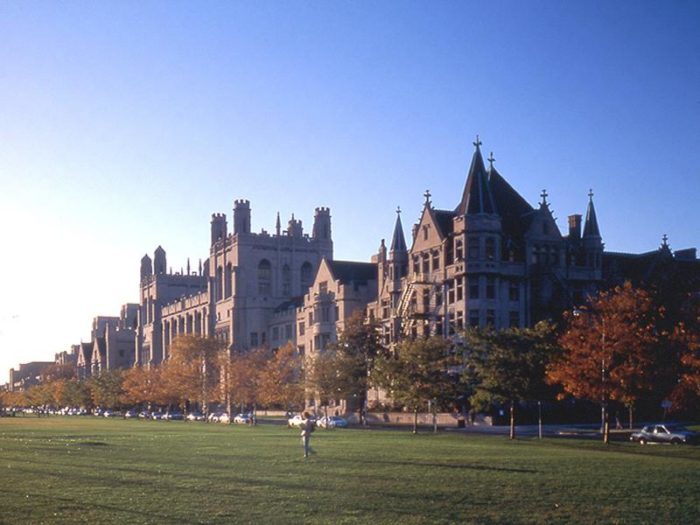 Midway Plaisance is a one-mile-long sort of road that connects Jackson Park and Washington Park and offers one of the finest scenic drives in Chicago. Chicago public park is on the SouthSide of Chicago, Illinois. It has lush green space to breathe fresh air between two opposing roadways. They offer space that you can avail yourself of on rent, including fields, an ice rink, and a warming centre. If you visit the park, you can get the chance to participate in ice skating lessons, kids and adults Rat Hockey, and other special events.

Midway Plaisance provides plenty of field space for the public to enjoy soccer games and frisbee during the summer season. This enhanced walkway is best for pedestrians and connects north and south campus while offering the best route to drive around Chicago. 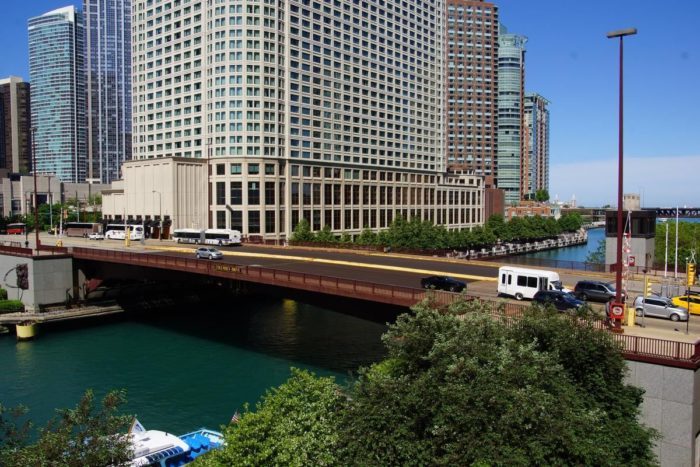 In Chicago, Columbus Drive is a north-south street that bisects Grant Park. As for numbering, It is 300 East in Chicago’s street numbering system. It cuts through Millennium Park and Grant Park. Its south end is an interchange with Lake Shore Drive at Soldier Field. After it intersects Illinois Street, it becomes Fairbanks Court, continues to the north, and terminates at Chicago Avenue. The audience loves Columbus Drive for its lush green space and spectacular landmarks. For nature admirers, it’s a piece of heaven and is considered as one of the best scenic winter drives near Chicago.

On this drive, you’ll pass under the BP Pedestrian Bridge and then will witness the complete view of everyone’s favourite Buckingham Fountain and the other beautiful gardens that are nearby. 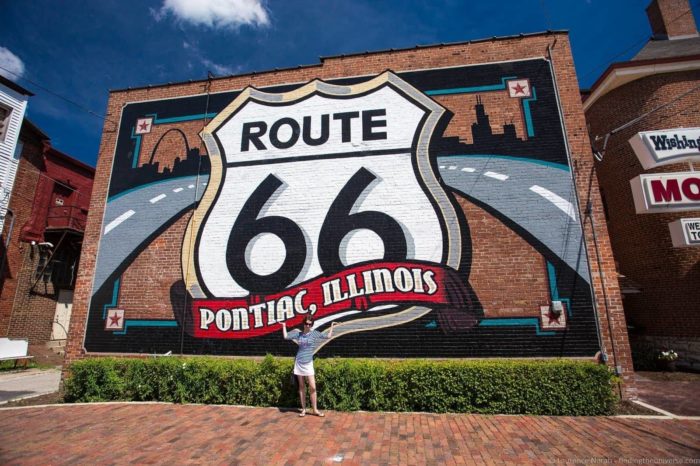 Established on November 11 1926, spanning almost 2,500 miles, Historic Route 66 was the stretch of roadway that once ran from Chicago to Los Angeles, offering unforgettable scenic drives near Chicago. It was one of the original highways in the U.S. It is also known as the Will Rogers Highway, the Main Street of America, or the Mother Road. Today, most of it is dismantled and replaced by more efficient highways, but you can still see some remnants of the historical path, e.g., the start and endpoints in downtown Chicago.

You will find some ranges still drivable and well preserved and offer spectacular views, including the stretches between Springfield, Missouri, and Tulsa, Oklahoma. It usually takes 5-7 days to drive Route 66, if you drive each day without visiting the nearby areas, however, one month if you explore the places around. 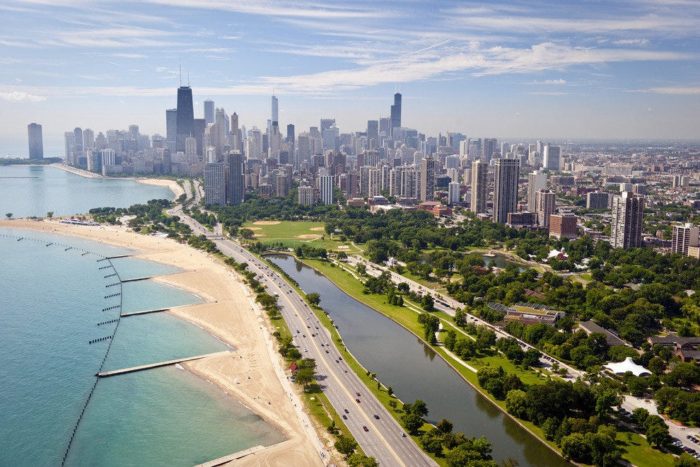 Lake Shore Drive, FKA Jean Baptiste Point du Sable Lake Shore Drive, also known as The Outer Drive, The Drive, or LSD, is a multi-level expressway that offers some of the stunning roadside views and locations that you can visit with family and friends. On the east side, it is bordered by green space, beaches and Lake Michigan. On the west, you will have a view of various parkland, skyscrapers, and top-class luxury apartments. Lake Shore Drive is designated as a part of U.S. Highway 41, except for the portion north of Foster Avenue.

On the way to this scenic drive near Chicago, you can find enthralling destinations like The Lakefront Trail, Lincoln Park, The Museum of Science and Industry, Soldier Field, Navy Pier, The Museum Campus, Buckingham Fountain, and various beaches from Oak Street north to Fullerton Avenue. To experience the most fantastic driveway, try driving south to north. 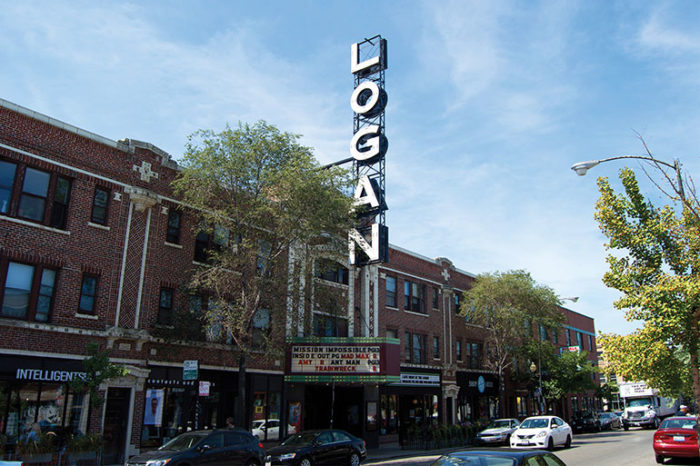 Logan Square Boulevards encompasses 2.5 miles of the Chicago boulevard system and has offered scenic drives near Chicago. It includes sections of Logan Boulevard, Kedzie Avenue, and Humboldt Boulevard. It also has two parks, Logan Square and Palmer Square, which connect the boulevards. Down the center of the boulevards run the grassy medians. The medians and the two squares provide recreational areas for the residents living nearby. Constructed in 1918, Logan Square also includes the widely known Illinois Centennial Monument and is loved by tourists. It is considered one of the best routes for scenic drives.

Around the Boulevards of Logan Square, are some of the wondrous architectures of Chicago. The most common designs you can see here are the sandstone Romanesque Houses, the Victorian Houses, the Gray Stone and brick buildings with Tudor Revival and Prairie School Styles. While driving through this area, you get to see marvellous sights. 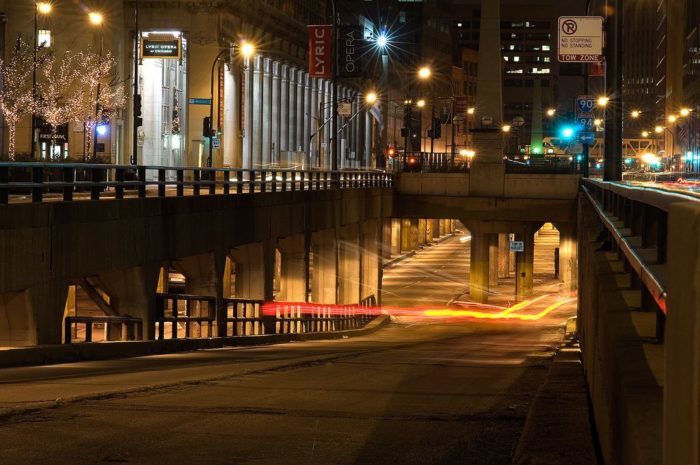 Lower Wacker Drive is recognized for its scenic appeal and is famous among drag racers. This runs along the south side of the main branch & the east side of the south tributary of the Chicago River. Here many movie scenes are shot, such as the Dark Knight. Named after an early 20th-century Chicago-based businessman and architect Charles H, Lower Wacker is the best place to drive. It is located directly below Wacker Drive downtown.

The upper level is basically for local traffic, and the lower level is for through traffic. Built-in 1975, Lower Wacker Drive was designed to provide parking space for the garbage trucks and storage for trash cans and property of the city. Though some don’t prefer it much yet others find it a completely different world with an unparalleled scenic appeal. 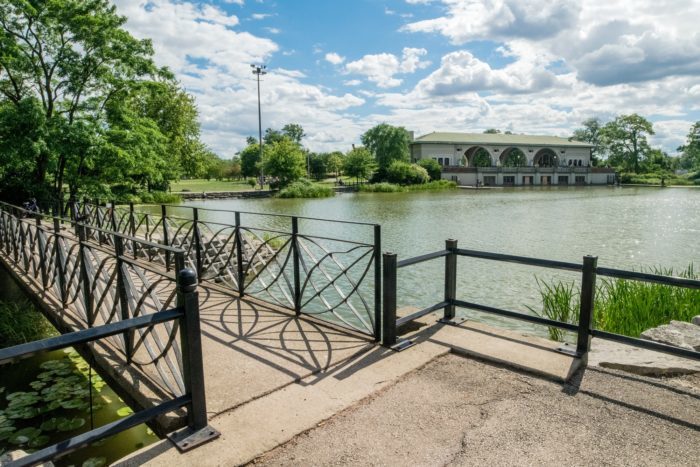 Known for its large Puerto Rican population and a lovely green space, Humboldt Park is one of 77 designated community areas on the West Side of Chicago, Illinois. Humboldt Park is the center of activities. If you cruise through the center of the Park via Humboldt Drive, you can see people walking by the winding trails and sports teams warming up to swan boats gliding across the lagoon.

The Humboldt Park neighbourhood has seen a significant change in the social and ethnic demographics in the past years. The area that surrounds the park is full of great home stores, fantastic coffee shops, and even a spot for Japanese food. The site has become an attractive tourist destination in recent years for many reasons; one is the solid Puerto Rican Heritage. To say it is the top scenic drive in Illinois 2021 wouldn’t be wrong.

So, These are some of the best scenic drives near Chicago that you can have if you live in Chicago or nearby. A long drive away from the usual routine can do wonders and surely will make you fall for the place, the person you are going with, your machine, and yourself too!

So when are you hitting the road for your next getaway and enjoying the scenic drives near Chicago?

If you are interested to get around the North Branch Trail Chicago do not forget to check out this article.

Tags
Things to do in Chicago 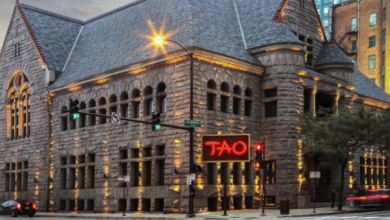 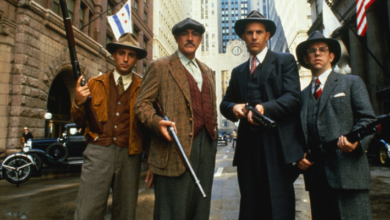 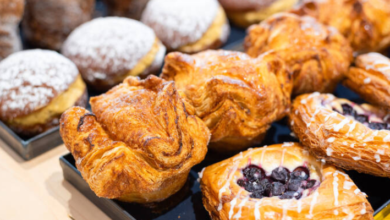 5 Places For The Best Croissants in Chicago 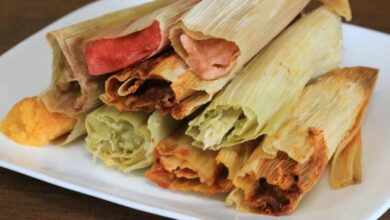